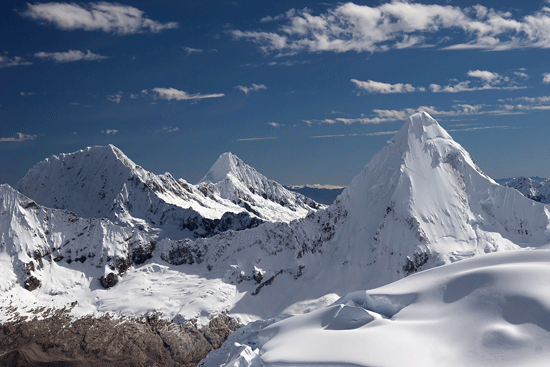 I am not a scientist. If I had been good at chemistry, my path would have been clear: I would be zooming around in a Zodiac off the Farallon Islands right now looking for great white sharks, or in a lab somewhere trying to figure out how to save coral reefs from acidification.

Despite starting undergrad as a marine biology major, it became rather clear in my first semester biology class that my destiny was not a career in science. But this doesn’t mean that I don’t freaking love science–in fact, my cerebral ineptitudes in this area probably make me all the more fascinated with it. Listening to a smart scientist explain complex theories in layperson’s terms is like watching a trapeze artist in the Cirque du Soleil catching their partner in mid air: “How in the heck do they do that?”

This is why it confounds me when politicians who share my lack of scientific aptitudes don’t share my awe and respect for scientists who do possess that gift of gray matter. Couple those natural abilities with eons spent hypothesizing, tracking, experimenting, analyzing, and publishing–after earning their PhDs at hard ass institutions–and wouldn’t you think that should engender a certain awe?

I mean, wouldn’t you think–they know their stuff by now? Wouldn’t you think they’d be worth listening to for, say, a half hour, if the whole frigging world was on fire and entire species were dying off by the hour and whole populations of people were about to be displaced and left homeless?

Ok, 20 minutes. You got 20 minutes to hear what an uber-educated and experienced scientist has to say about climate change? How about listening on your lunch break? Afraid it will spoil your appetite? It should.

I am not a scientist, but I was lucky enough to work with a bunch of them–and those studying a branch of science that is right up my alley: Earth science. If you’re wondering what kind of science falls under Earth science, here’s a sample (to use a scientific term), along with a list of the other branches of science.

The three main branches of science:

I had the privilege of interacting with a bunch of super smart, well-educated Earth scientists when I was a marketing director at a company called Picarro, a maker of high-precision scientific instruments that measure gases. Earth scientists were our product developers and product managers, as well as our customers. Picarro has sold its high-precision gas measuring instruments to every major governmental and academic scientific institution in the world, including Stanford University, Harvard University, Beijing University, NASA, NOAA, the USGS, the Russian Institute of Atmospheric Optics, LSCE, and so on.

One project I worked on while I was there was interviewing a documentary filmmaker named Ethan Steinman who produced a film called Glacial Balance, about the melting glaciers in the Andes. The film featured Earth scientists who climbed to altitudes over 18,000 feet to collect ice core samples in order to study changes in the atmosphere that occurred over centuries.

The N.Y. Times wrote a story about the principal scientist featured in the film, Dr. Lonnie Thompson, who is of the generation of scientists who first introduced the problem of global warming to the masses (even though the masses should have paid more attention.)

Dr. Thompson’s analysis of ice cores became “one the most convincing pieces of evidence that the rapid planetary warming now going on was a result of a rise in greenhouse gases caused by human activity.” (N.Y. Times) And Dr. Thompson used Picarro instruments to analyze the ice core samples that he and his team collected.

The technology that Picarro uses is a laser-based technology called cavity ring-down spectroscopy (CRDS). And, no, you will not find a detailed description of this technology on UniGuide, mainly because I could not venture to describe it in any detail…

The one thing I will say about CRDS is that it can measure extremely tiny particles. It can, for example, determine the different number of neutrons in a given element. These differences are called isotopes. How about an example, you might be asking. Ok, here’s one!

Your average climate change denier may not know this, but smart scientists, like Dr. Thompson, who use CRDS technology can precisely measure carbon molecules in the air (including gases trapped in ice cores) and distinguish between those carbon molecules that come from natural causes and those that come from, say, a VW Passat’s rigged exhaust system. (The difference is a different number of neutrons.) They can tell that, yes, there is anthropogenic (man-made) carbon in the atmosphere, and yes, there is now lots of it–in other words, the Chinese government didn’t make this shit up.

I wasn’t a history major either, but it doesn’t mean I’m not fascinated by it like I am with science. One thing about history that I do know is–even after Magellan sailed around the world without falling off of it (therefore demonstrating that the Earth was, indeed, round) there were still people in the government who, despite all the evidence, insisted the world was flat.

So, ok, Mr. Climate-Change Denier, it’s ok if you don’t want to believe Leonard Di Caprio at the Academy Awards when he says, “Climate change is real.” That’s fine. But, please at least believe the 97% of educated scientists who say it is. And please do your job and support legislation, technology, and businesses that will protect your constituents from its disastrous effects.

I use cookies to ensure that I provide you with the best experience possible on UniGuide. If you continue to use this site, I'll assume that you're OK with that.Ok