Kristen is the founder of UniGuide, among other things.
My Biogeography Professor Hero, Dr. Treichel Posted on January 28, 2017Leave a comment

Kristen is the founder of UniGuide, among other things. 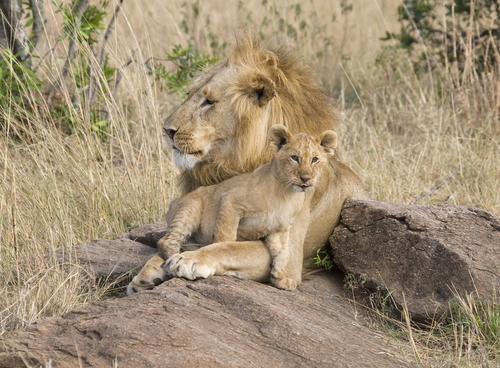 When I was an environmental studies major at San Francisco State, I had a biogeography professor named Dr. George Treichel. He had a few distinct characteristics, for which his students loved him. He had been a game warden in Kenya and had dedicated much of his career to the conservation of African wildlife, and he had a treasure trove of anecdotes about lions, elephants, crocodiles, The Maasai–and shooting at poachers, which he would weave elegantly back into our course syllabus. To add to his credibility, I never saw him wear anything other than khaki safari garb. He had had polio, so he walked with those crutches that wrap around your forearms, and he would slowly walk down the aisles of desks in class, with his white hair and ruddy complexion, in his safari shirt with its button pockets, engaging us with his wild, I’m sure embellished, and often hilarious stories.

Professor Treichel was an environmentalist in the true sense of the word. He had spent years living in nature, much preferring its perils to those of urbanity, and he was passionate about all things wild and free and had dedicated his life to protecting their birthright to be so. He held an incurable and contagious delight with all life that inhabits this miraculous planet.

When our coursework focused on local biogeography, and the topic of Southern California came up, he had this to say: “Now many of you think you have been to Southern California, but really, you have only been to yet another human-created shit hole.” Then, pausing for effect at the eruption of giggles, “Oh! Excuse me, I meant hell hole.”

“But let me tell you about Southern California in the 1960s,” he continued. “There was no greater paradise than Los Angeles at that time. You could lie in bed, reach your arm outside your window, and pluck a gigantic, succulent, pesticide-free orange off of a tree, bite into it and spit out the peel, and then squeeze the most delicious nectar of the Gods into your mouth and let it spill down your chin. And then you could feed it to your lover with even more zeal!” He would pause and smile, delighting in his own stories as much as his students did. “And the ocean. Oh, my God. It was absolutely pristine–so pristine, you could drink it, as you fell off your surf board into its luxuriousness. And when you resurfaced, the air was so pure and unadulterated–you could actually breathe it. You could breath the air!”

Of course, he also had an opinion about the San Francisco Bay Area:  “You have never seen the Bay Area like it was in the 1800s,” he opined, as though he had been there in person. “Whales were so plentiful in the sea that you could walk down Ocean Beach and find gigantic whale ribs littering the beach, and shorebirds of every shape and size imaginable; not like these rats with wings you see today called seagulls and pigeons. There were more seashells littering the beach than you could fit into the back of 50 dump trucks.

“The Bay itself was massively bigger,” he continued. “Today, you see yuppies eating and drinking on Chestnut Street, completely oblivious to the fact that they’re no different from poverty-stricken children in India picking through trash heaps in search of food. They are oblivious to the fact that under their yuppie feet are mounds and mounds of trash and human waste.” He was referring to landfill, an invention he considered one of the great scourges of human civilization. “You used to see wetlands for miles and miles, full of the lushest diversity of wildlife, all living in perfect harmony with each other, unlike some of these restaurants you see today that serve pizza, Dim Sum, and nachos.”

Landfill was a topic that Professor Treichel never seemed to tire of deriding. “How many of you have enjoyed a concert at Shoreline Amphitheater? Did you know the entire thing is built on big heaping piles of human shit, oh, I mean, waste? They were so eager to start making money that the developers opened up Shoreline a bit too soon after they built it. Methane was still actively seeping out of the newly laid turf like small volcanic eruptions of noxious gas. When early concert goers were enjoying their favorite jazz or heavy metal band, it was not uncommon for great wafts of disgustingly foul odors to seep out of the ground and disrupt their listening pleasure.” Then, pausing for effect, he finished, “Of course, they would give the nearest person in a country and western outfit a dirty look.”

Cheers to you, Professor T.

Kristen is the founder of UniGuide, among other things.